Final arrangements for the Duke of Edinburgh’s funeral on Saturday afternoon are being made. Alongside details about who will be attending, and minute-by-minute timings, are several elements unique to the occasion.

For all but the most seasoned of royal watchers, they need some further explanation.

It’s a sturdy, practical mainstay of the British Army and a favourite vehicle of the duke’s for decades. So when it came to planning for his funeral there really was only one choice: a Land Rover.

The duke spent 16 years modifying this particular model, a Land Rover Defender TD5 130, which was made at the company’s Solihull factory in 2003. He began overseeing the work needed to turn it into his own bespoke hearse that year, when he was 82, and made the final adjustments in 2019, the year he turned 98.

The utility vehicle was repainted in military green at the duke’s request and he designed the open-top rear for his coffin, as well as the “stops” to secure it in place.

The sight of the heavy duty vehicle in the procession making its way slowly to St George’s Chapel will offer a marked contrast to previous royal funerals, when the sombre sight of a sleek, traditional hearse greeted mourners.

It’s been widely reported over the years that, in discussing his eventual funeral arrangements, Prince Philip once quipped to the Queen: “Just stick me in the back of a Land Rover and drive me to Windsor.” Although Covid restrictions mean that on Saturday there will be no procession from central London to Windsor – he is already lying at rest there – the duke got the other part of that wish.

While many members of the Royal Family will walk in that procession behind the Land Rover, the Queen will travel in a quite different vehicle – the Bentley State Limousine.

Usually known as the State Bentley, the vehicle was presented to Her Majesty in 2002 to mark her Golden Jubilee.

Its rear-door design allows the Queen to stand up straight before leaving the vehicle, helping to ensure a dignified exit on royal visits. She and the duke offered “continual” input during the two years it took to build the car, according to Bentley. 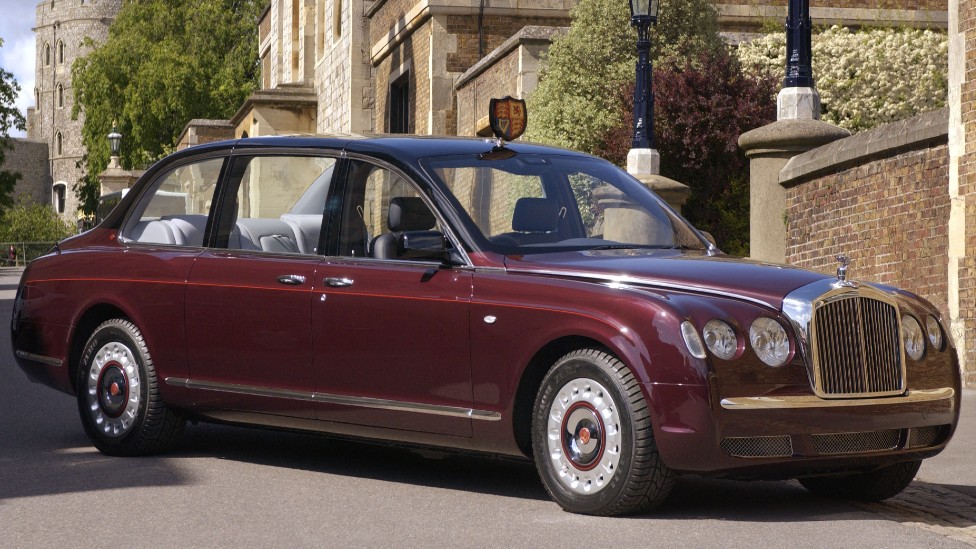 Bullet-proof and air-tight, to protect driver and passengers, it has opaque panels at the back to provide privacy if required. The exterior is painted in royal claret and black, with red stripes down the side.

The limousine can also reach a speed of 130mph (209 km/h) and its tyres are reinforced to reduce the risk of punctures.

It will only have to travel a few hundred yards through the grounds of Windsor Castle on Saturday, though, at walking pace.

The duke will be interred in the Royal Vault, underneath the Quire of St George’s Chapel, Windsor, where the funeral service will be. According to the duke’s instructions, as his coffin is lowered into the vault, the naval call to arms – Action Stations – will ring out.

Some 44 royals are buried in various parts of the chapel, among them Henry VIII, who died in 1547. Charles I, who was beheaded in 1649 is there too, as are the 18th-to-20th-Century kings George III, George IV and George V.

The Queen’s younger sister, Princess Margaret, who died aged 71 in 2002, was cremated and her ashes were initially placed in the Royal Vault. But they were moved to the King George VI Memorial Chapel – a part of St George’s Chapel – just a few weeks later, after her mother, the Queen Mother, died and was interred there along with her late husband, King George VI.

She is not the only relation of the late Prince Philip to have been interred and later moved. His mother Princess Alice, who died in 1969, was in the Royal Vault until 1988 when her remains were transferred to Jerusalem, as she had requested during her lifetime.

After the duke’s coffin is lowered into the Royal Vault, the Garter King of Arms – who advises the monarch on matters of flag-flying, ceremony and heraldry – will proclaim the Duke of Edinburgh’s “styles and titles”.

This means he will read out the duke’s full title, which was 133 words long, incorporating his other roles as Earl of Merioneth and Baron Greenwich, and will include his style – term of address. His main style was “Your Royal Highness” or, in the third-person, “His Royal Highness”.

The Garter King of Arms takes the name from the Order of the Garter, established by Edward III and inspired by tales of King Arthur and the the Knights of the Round Table.

But the salary is far from princely. The current office-holder, Thomas Woodcock, is officially paid £49.07 a year for his efforts. The salary was fixed at a higher level by James I but reduced by William IV in the 1830s. 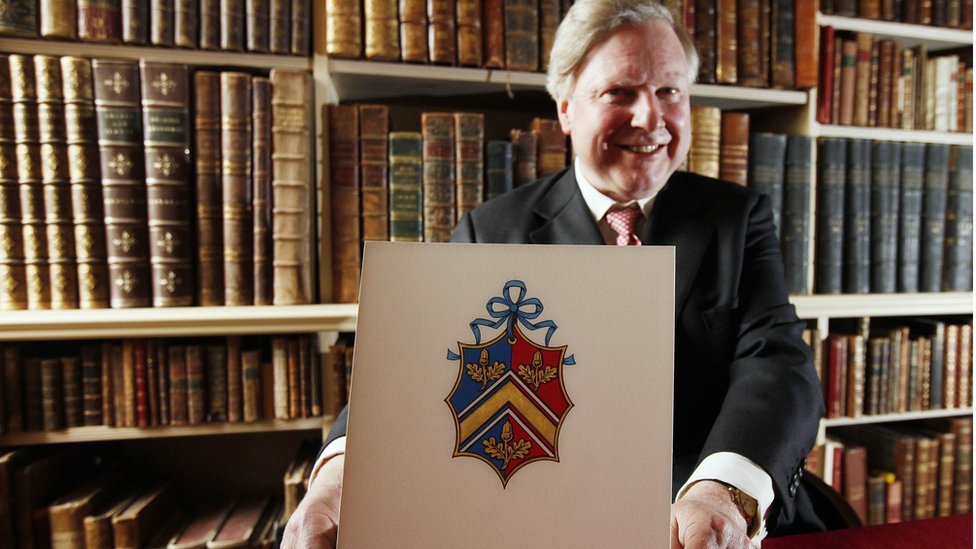 Principal king of arms of England and Order of the Garter

5) The Brilliant Star of Zanzibar… and other medals

Nine cushions will be placed on the altar of St George’s Chapel, displaying a selection of the medals and other decorations the duke received. He chose these himself as he planned his funeral in detail.

The regalia – including the Order of the Brilliant Star of Zanzibar, the Brunei Esteemed Family Order, and the Singapore Order of Darjah Utama Temasekwere – are sewn on to the cushions using fish wire, rather than braid, which is more noticeable.

It is thought the duke received awards and decorations from more than 50 countries. There was not enough space to display them all in the chapel.

As members of the Royal Family – including the Queen’s four children, the Duke of Cambridge and the Duke of Sussex – slowly follow the coffin, members of the duke’s household will walk behind them. They will include two pages and two valets who are among the Windsors’ closest servants, working in their private quarters, serving them food and drink, dressing them and ensuring they are not disturbed.

A personal protection officer and the duke’s private secretary, Brigadier Bakewell – his right-hand man for more than a decade – will also join the procession.